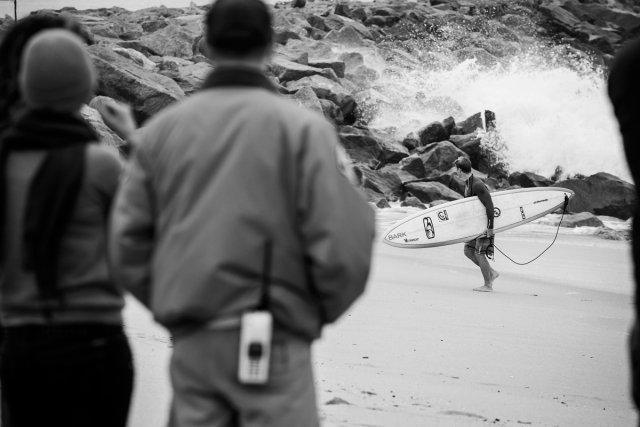 A life guard looks on as a surfer exits the water.

If you live in Southern California, then you probably are aware of the huge swell that has hit in the past few days. A storm in New Zealand is responsible, and I decided to head down to The Wedge in Newport Beach to check out the waves and take some pictures for the Fasthouse website. In all my years of living in SoCal, I have never been to The Wedge on a day when it’s firing. It was insane to watch the sets roll in, pound up against the jetty, and then suddenly peak up before closing out on the shore. On this day, the waves were said to measure 15-18 feet and there were a handful of body surfers, body boarders, and surfers braving the conditions. One surfer in particular was on a Stand Up Paddle board and he caught some massive waves before one ultimately broke the front of his board off.

In the short amount of time I spent at The Wedge, I had a lot of fun shooting surfing, and I’ve already begun looking into a water housing for this summer when surfing really takes off. Having grown up at or near the beach, I’ve spent a lot of time in the water and would love to start documenting surfing on a regular basis. 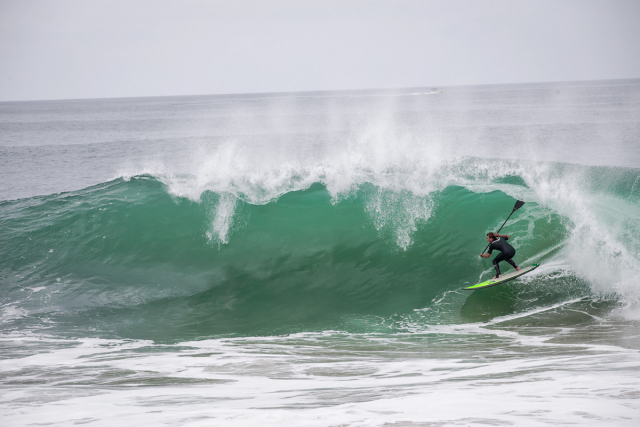 This wave is the one that broke this guy’s surfboard. It was worth the fun though. 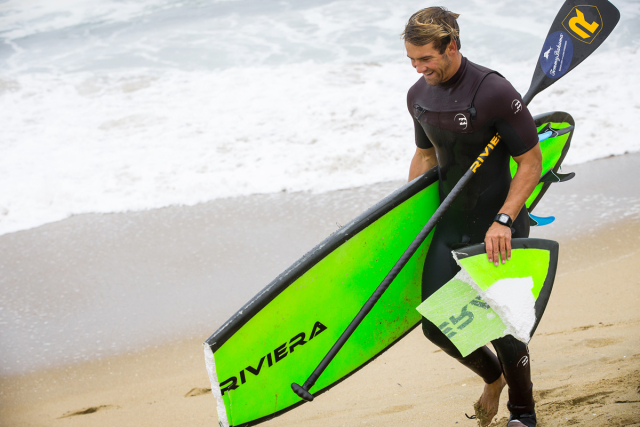 A broken board is a common occurrence at The Wedge.