In Front Of The Camera

IN FRONT OF THE CAMERA 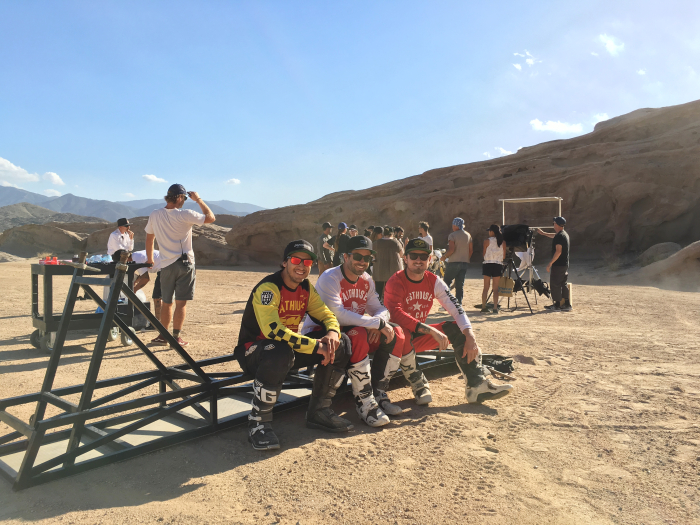 It’s not too often—in fact rarely ever—that I get a chance to be on the other side of the camera at a major photo shoot. But when my buddy Caile Noble contacted me about riding my dirt bike for a top-secret Chrissy Teigan shoot last week, I couldn’t pass it up. Being on the other side for a change, I got a chance to watch how another photographer operates, and in the case of this shoot it was a major fashion photographer. Lighting, assistants, and a crew of almost countless people filled the desert set. It was an awesome experience and one that I won’t soon forget. Unfortunately, I can’t say much more about it until the photos are released, but when the time comes, I’ll reveal everything.